Close X
Previous Next
Menu
Contact Me for a Consultation.

Last week, another attempt to amend the Affordable Care Act (ACA) was submitted in Senate with a dose of "Medicaid reform" on the side. While I appreciate the effort, a Ralph Waldo Emerson quote comes to mind "A foolish consistency is the hobgoblin of little minds, adored by little statesmen and philosophers and divines." This rush to implement something - anything - while the Senate has the advantage of the 50 person voting majority rule has led to a hastily conceived bill promoting a short-sighted abdication of responsibility to the states.

Throughout the ACA "repeal, repeal and replace, or repeal and punt a replacement" discussion in 2017, I continue to be shocked by the lack of insight into impacts of the Medicaid reforms which are casually tossed into each proposal. All of the proposals submitted this year had potentially devastating impacts for seniors on Medicaid.

The pending Graham-Cassidy bill proposes temporary Medicaid block grants to states with a per capita cap in funding and a complete drop-off in federal Medicaid after 2026. The harsh reality is poorer states who often rely more heavily on federal funds, will suffer the most. The "per capita" feature will place a maximum number of enrollees based upon the current numbers with a calculated increase each year. There is no indication whether the calculations will keep pace with the demographic shifts coming in the next 50 years. This will force all states to decide how to apportion the limited funds to meet needs, which every indicator predicts will exceed demand. The choices are stark - raise taxes or decrease coverage.

While some applaud these measures as forcing able-bodied people to work, remember Medicaid is also the primary means most elderly Americans pay for home health or nursing care. The 2026 drop comes  when the need for these services will be dramatically increasing, setting the stage for a crisis. For more information, see this piece on the ten most important facts about Medicaid.

The non-partisan Kaiser Family Foundation published a thoughtful article on the five ways the new ACA proposal risks Medicaid coverage and a piece on 10 things to know about Medicaid  - they are both enlightening.

Here are some key factors to consider while this debate continues:

Call me today to discuss affordable, comprehensive estate planning or issues you might face related to age-related dementia.

If you would like to make an appointment or discuss your legal needs please submit your contact information below and I will be in touch. Thanks!

Thank you for contacting us. We will get back to you shortly.

Please complete all required fields below.

Let me help you to navigate the complex process of qualifying for important benefits including Medicare and Medicaid. I can also guide you through probating an estate in South Carolina and litigate any claims that may arise. 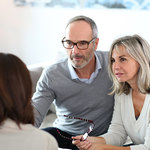 No Attorney-Client Relationship Created by Use of this Website. Neither your receipt of information from this website, nor your use of this website to contact Malissa Church or The Law Offices of Malissa Church (“the Firm”) creates an attorney-client relationship between you and the Firm. You will become a client of the Firm only if you sign and engagement agreement setting forth the scope of the Firm’s engagement, the fee arrangement and other relevant matters. As a matter of policy, the Firm accepts no new client without first investigating for possible conflicts of interests and obtaining a signed engagement letter. (The Firm may, for example, already represent another party involved in your matter.)